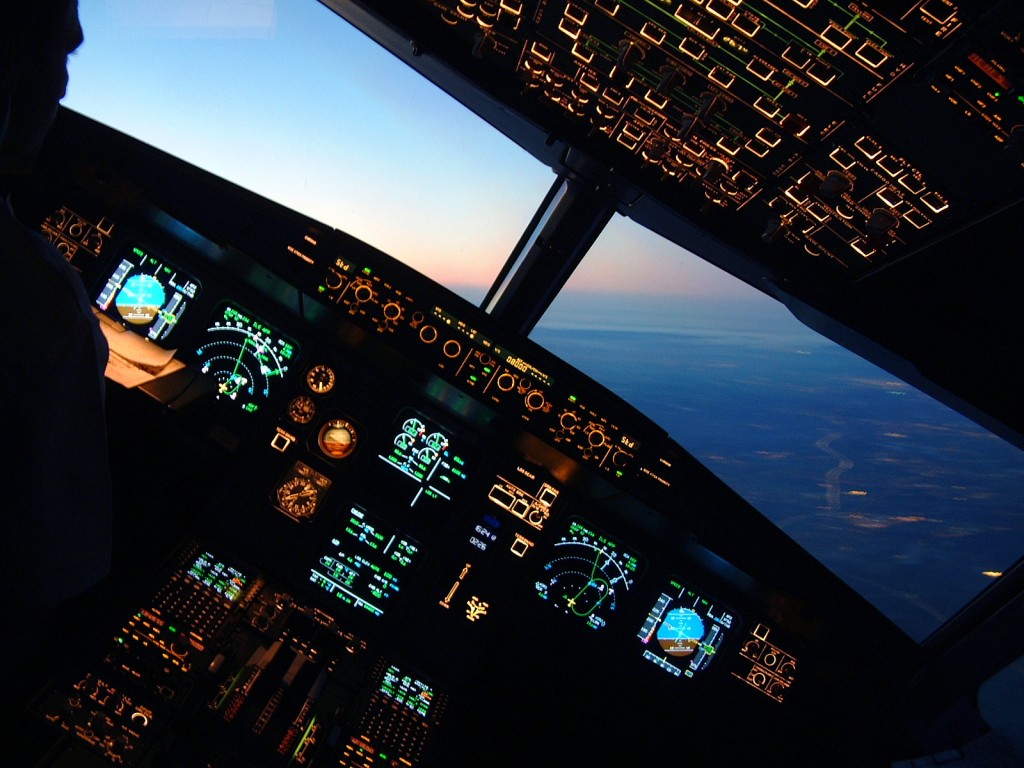 This study analyzes whether differences existed in the pilot-error accident rates of male and female United States airline pilots. Results are based on data of aviation accidents in the years 1986–1992, obtained from the Federal Aviation Administration. The study found that females employed by major airlines had significantly higher accident rates than their male counterparts overall. However, female airline pilots, on average, were less experienced and much younger than males. Male pilot-error accidents were modeled using logistic regression, regressing on age, experience (total flying hours), risk exposure (flying hours in the last 6 months), and employer (major/non-major airline). The male model provided a good fit for female airline pilots as well as for males. After adjusting for variables included in the model, accident rates of males and females were not significantly different. These findings suggest that neither males nor females are a safer pilot group. Airlines should make every effort to recruit and retain experienced females. The key challenge for managers of airline flight operations is to learn how to manage diversity in the workplace, while maintaining the highest level of safety.

In a population of 70164 airline pilots obtained from the Federal Aviation Administration, 475 males and 22 females had pilot-error incidents in the years 1986–1992. A simple chi-sqnared test revealed that female pilots employed by major airlines had a significantly greater likelihood of pilot-error incidents than their male colleagues. In order to control for age, experience (total flying hours), risk exposure (recent flying hours) and employer (major/non-major airline) simultaneously, the author built a model of male pilot-error incidents using logistic regression. The regression analysis indicated that youth, inexperience and non-major airline employer were independent contributors to the increased risk of pilot-error incidents. The results also provide further support to the literature that pilot performance does not differ significantly between male and female airline pilots.

Female growth in aviation industry has only just started about 30 years ago. The first American female pilot, Harriet Quimby obtained her license in august 11, 1911. On January 29, 1973, Emily Howell Warne became the first woman working as a pilot for commercial airline, the Frontier Airlines.

Females were known to have lesser chance of employment as airline cockpit crew in the olden days. In 1973, only ten females were classified as by FAA as US airline pilots.[8] However, this number has changed over the last 20 years. Few of the reasons for this increase include equal opportunity employment legislation, military acceptance of females to train and fly and national view regarding professional females are changing.[8]

The differences between male and female

Females and males are different in the level of physical, physiological and psychological composition. These differences can affect their ability to endure stresses in flight.[7] Questions are raised regarding males and females being equally fit to fly aircraft safely. It is important to recognize the differences between male and female that can impact flying operations. It has been established in lots of studies that variation in aptitudes, skills and cognitive abilities differ among male and female. The largest cognitive gender differences are found in visual-spatial abilities.[6] Spatial ability includes accurately visualizing an object as it rotates in space. This is a practical skills needed to operate in a three-dimensional environment such as when flying. A huge amount of research has proven that males possess greater visual –spatial skills than females. However, females on the other hand may have better verbal skills than males.[1] These skills are important to obtain proficiency in take off and landing procedures, traffic avoidance and basic maneuvering of aircraft in flight and on ground. Verbal skills on the other hand are important to maintain safe air traffic control communication and facilitate cockpit crew coordination.[8] Although there are some arguments indicating that the extent of cognitive gender differences are not only small but they are also diminishing.[5] Another argument is made claiming that the general populations of females tend to have lower visual-spatial abilities than males but females entering the flying professions may be those who excel in the attributes needed for being a successful pilot.

Aviation accident is defined as “an occurrence associated with the operation of an aircraft which takes place between the time any person boards the aircraft with the intention of flight and all such persons have disembarked, and in which any person suffers death or serious injury, or in which the aircrafts receives substantial damage”. According to National Transportation Safety Board (NTSB), approximately 75% of aviation accidents are classified as pilot error. The remaining 25% are due to factors such as aircraft design flaws, improper or inadequate maintenance, and the ground crew. General aviation was accountable for 82% of total air transport related accidents and 83% of total fatalities that were associated with air transport between 1990 and 2003 according to the Bureau of Transportation Statistics of the US. General Aviation (GA) is classified as operations of civilian aircraft for the purposes other than commercial passenger transport, including personal, business, and instructional flying. General aviation aircraft crashes claimed an average of 652 lives annually between 1995 and 1999 which is accountedfor 85% of all aviation deaths in US.[2] A study conducted by Derbyshire (2001) found that the most common cause of crashes was loss of control during take off and landing. 59% of female accidents and 36% of male accidents are a result of this error. Male and female pilots have been found to crash for different reasons. Female pilot tend to crash due to mishandling the aircraft while male pilot tend to crash due to inattention and flawed decision making.[2] The ratio of pilot error between male and female pilot from 1983 to 2002, shows that female pilots may have a slightly higher proportion of pilots errors. However, a recent study by Bazargan (2010) found that male GA pilots were more likely to be involved in fatal accidents than female pilots. These results support the finding of Vail and Ekman (1986) that male GA pilots are taking more risks than female pilots which leads to more fatal accidents.